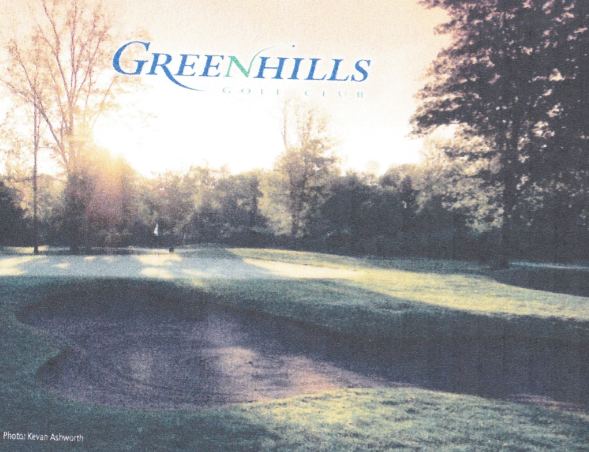 #13 – Par 4 – Long challenging hole with trouble all around

Greenhills’ original name was the Cabrerra Golf Club. It was a nine-holer located along Colonel Talbot Road. At present time these holes are not operational although in the future it will be interesting to see if a golfing use can be found for this part of the property. Canadian golf legend Bob Panasik was the first golf professional.

I remember the beautiful Greenhills Golf Club when it was literally dirt. My high school golf teammate, Craig Wilton, was the Greens Superintendent during the construction phase of the new course. I can remember driving down #2 fairway towards the green when the fairway had been seeded but not the green. This was at the time when greens construction turned almost exclusively to sand and the contrast of the light colour of the sand green contrasted sharply with the dark soil. We were driving an old Toro truckster at the time and we managed to get it stuck in a drainage ditch somewhere. About half the holes were completed but half were still under construction. Craig was a free spirit, lived in the apartment above the clubhouse, drove a motorcycle and augmented his greenskeeper salary by hunting raccoons and selling the pelts to some dealer up in North Bay. Craig didn’t stay at the course very long once the construction was over but the club made the astute decision to replace him with Al Draper who promptly turned the course into one of the best manicured in Canada.

The original Greenhills layout in the late 1970’s and early 1980’s was fairly short and had a stretch on the back nine from #12 to #15 that went par 3, short and quirky par 4, par 3, par 3. In was a good move by the club to replace two of these holes with much longer and tougher ones, the current 13th and 14th. Par became 72 and the course became much more challenging, especially because #13 became the toughest hole on the course. Greenhills was Rene Muylaert’s first hometown design. The greens were not overly sloped but under Al Draper they became the fastest greens that anyone had putted on. A twenty footer had to be hit so softly that it seemed to take forever for it to reach the cup.

I always enjoyed playing the eleventh hole at Greenhills and I always admired the green. The 12th green on the Quarry at Fanshawe is a knock-off of the 11th at Greenhills 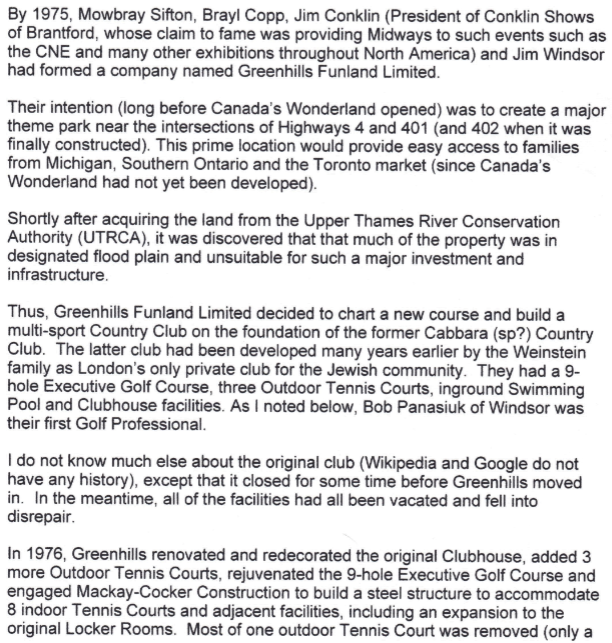 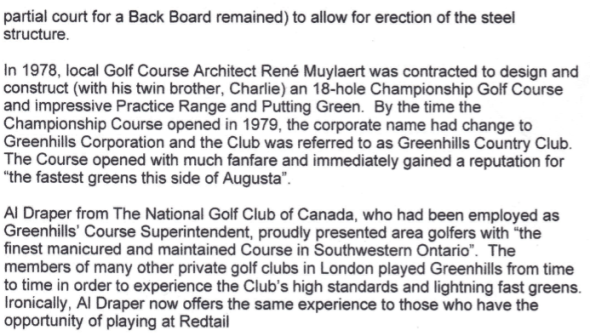 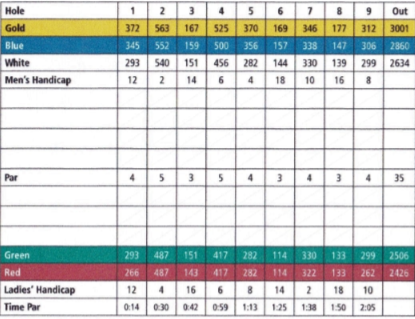 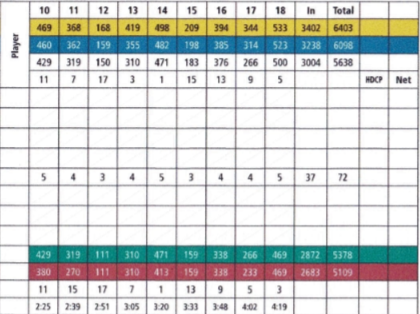 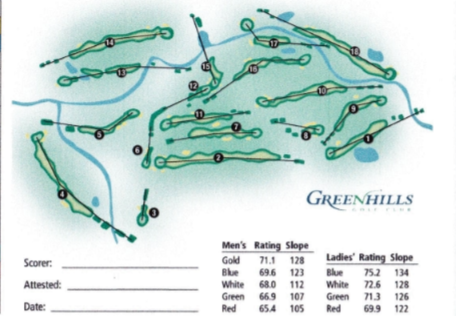 This photo shows the area that was improved in the mid-1980’s with the construction of today’s 13th and 14th holes. When the course first opened #12 played as it does now but #13 was a sharp, short dogleg left that ended up on the south side of the Dingman creek close to today’s 15th tee. #14 was a short par 3 and #15 was also a short par 3 which came to the green from a different angle. The problem of all these short holes played in a row was solved instantly by the construction of today’s 13th and 14th.

The original Greenhills nine hole course was located in the center of this photo and along Colonel Talbot Road. It was the site for an amateur shootout that many Londoners remember watching on Cable 13. Some of London’s best amateur golfers were featured on the show.

This photo shows the tough 13th and the long 14th that were built in the mid 1980’s. In my opinion #13 is the toughest hole at Greenhills and the easiest place to shoot a high number. 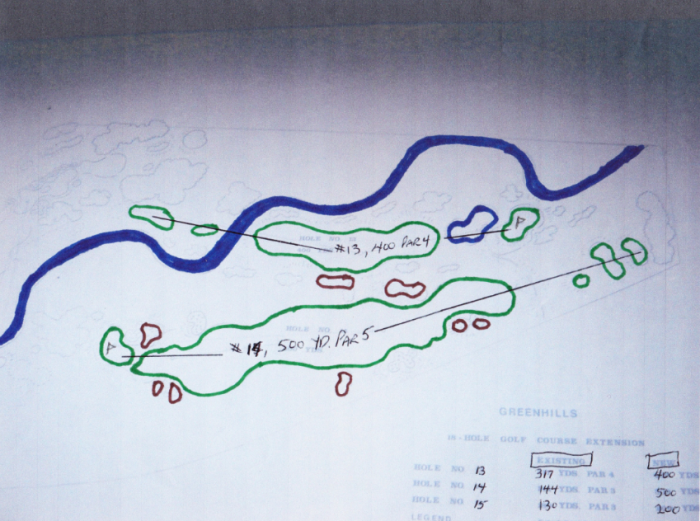 Here is an enhanced design diagram by Rene Muylaert for the proposed new #13 and #14 in the early 1980’s. Not only did the course gain about 500 yards as you can see by the comparison on the lower right but it seems that it gained a pond as well on #13. Looks like only one on the plan but two on the aerial photo. 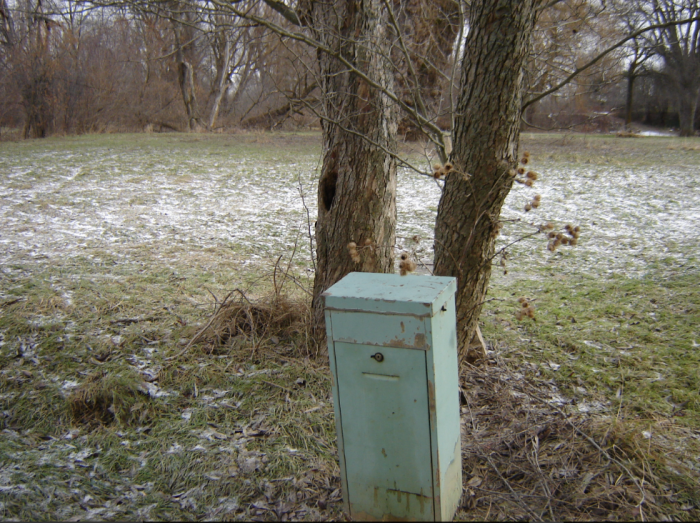 If a use can be found in today’s crowded golf market for the original nine hole Cabrarra Golf Club and it can be reclaimed at some point, at least it has a quality irrigation system. 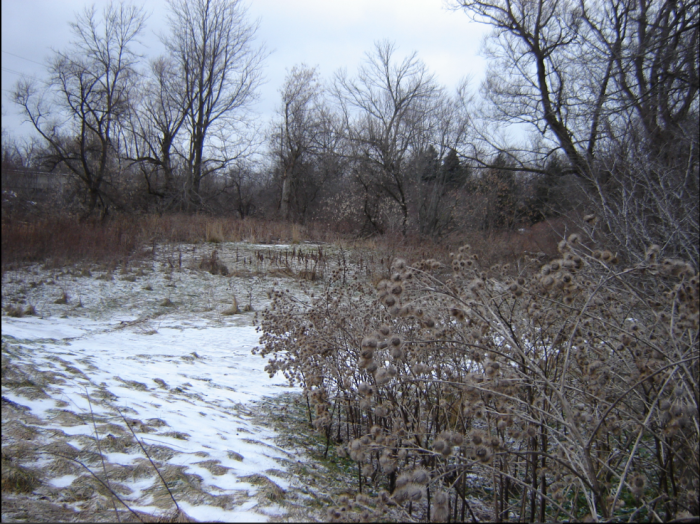 It doesn’t take long for a fertile golf course to overgrow. 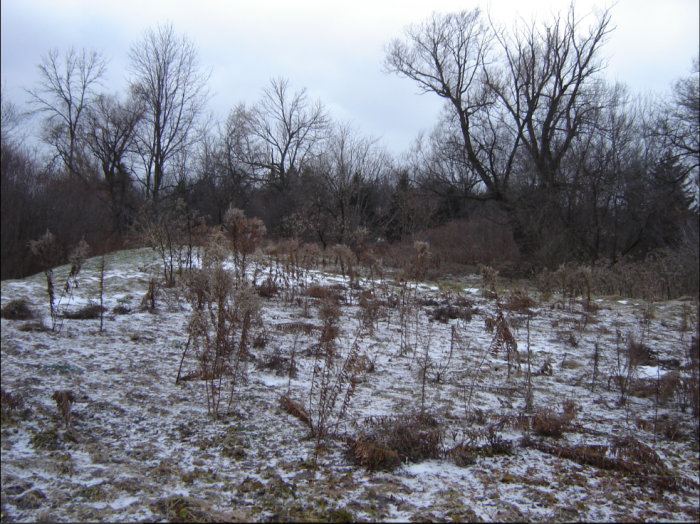 One of the greens of the original nine.

Greenhills is a year-round golf operation 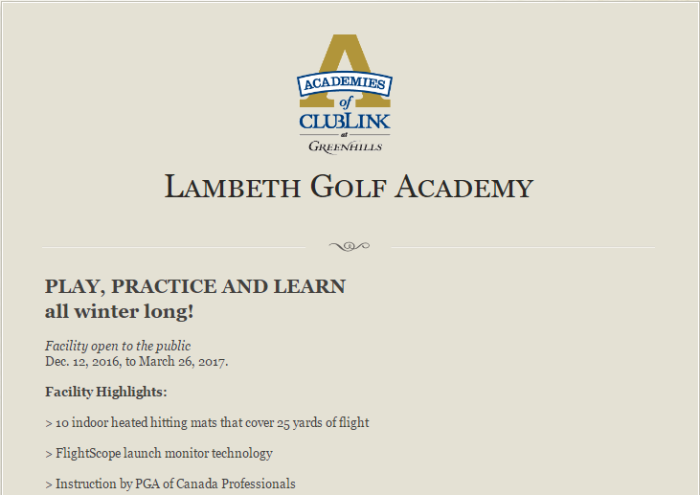 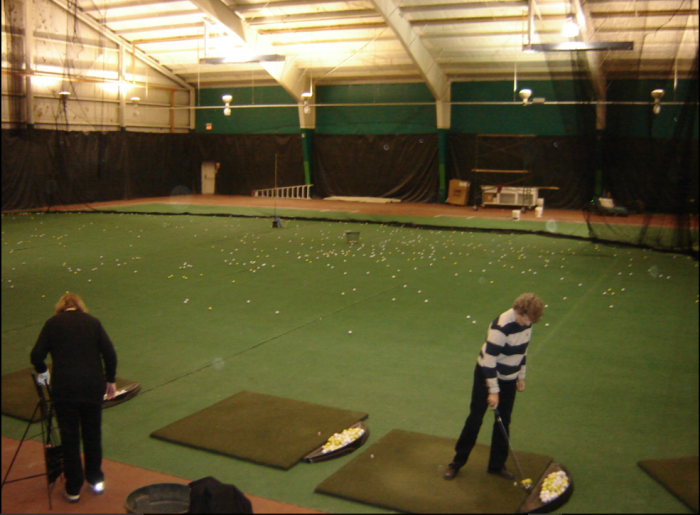 For a course that opened less than 40 years ago, a lot has happened at Greenhills. There have been ownership changes from the initial group of four prominent Londoner’s to Sonar with Dave Simpson and then on to Clublink. It has won awards and recognition for its grooming. It is Rene Muylaert’s first home town design. The original short nine situated in a low area along Dingman Creek has overgrown but that could be a good thing in the long run. An executive Nine in a flood prone area is not a good modern day business proposition for a golf operation. At one point in the early 1980’s two new holes were constructed and another hole adjusted and that gave the course an additional 500 yards of length. This improved the quality of the layout immeasurably. Many excellent golfers have been members as the list of fine players on page 2 will attest.

The changing and challenging golf business of today is evidenced by the fact that you can join Greenhills in 2017 and all it has to offer for less than $1,400 for a five day membership. Reasonable rate for a course of this stature.

Greenhills is a year round golf operation and I enjoy being a member of the indoor range and do my best to wear out the nets every winter. The ball flies just far enough that you can recognize a duck hook or the dreaded heel fade. Again the cost is more than reasonable and some of us are just happier beating balls than heading for the gym for the winter months. I am sure that more changes are in the offing for Greenhills but that could likely be said about every golf operation on our list.