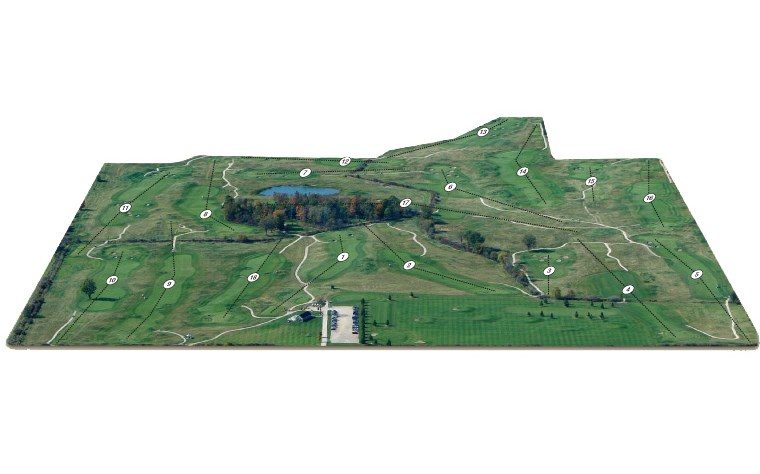 Tarandowah has only been around since 2007 but it has made a significant impact on the local golf landscape due to its unique design, austere amenities and reluctance to be closed because of weather.

KEEPER OF THE GREENS

#6 is an amazingly unique short par 4 that doesn't look like much off the tee but a split fairway with a fescue mound in between and a wild greensite make for a memorable hole.

FIVE BEST THINGS ABOUT THIS COURSE

With the course open in December 2018, Tarandowah has been open for public play at least one day for 45 consecutive months; an amazing stat in this part of Canada. Three hardy golfers, Kieran Wallace, Brad Berdan and Paul Kern have played in every one of those 45 months!

There is no golf experience in this area quite like the one at Tarandowah.

In 2007, the first year of operation for Tarandowah, a work colleague of mine couldn't find a tee time at any other course on a busy weekend so he headed out to give this new course a try. He really didn't think it was that great. According to him it was only 9 holes, a bit moundy and not perfectly grown in yet. I didn't really think much about it until the following year, 2008, when I had a chance to play it for the first time. I distinctly remember spotting the course from Putnam Road and the main feature that immediately was visible was the driving range. It didn't look all that exceptional and I remember thinking to myself that my friend was probably right. Tarandowah was just going to  be another mundane rural track. The first tee was square which was a bit unusual and it lacked traditional tee blocks. The first fairway was nothing special. As soon as I got on the first green however and began to look around at the careful sculpting all around the green and back as far as the trees it become apparent that someone had gone to great lengths to design and build this place. After playing 6 holes there was no longer any doubt.....my friend was completely wrong and Tarandowah was like nothing else I had ever seen or played before.

I don't know how else to say it but my best effort to sum up golf at Tarandowah is that "the entire package fits". The austere clubhouse is particularly bland and shoeboxlike, especially when viewed from the grand walk up from the gravel parking lot. Inside it is functional, but not large. It still has more character than some recently constructed private club behemoths. The cartpaths are gravel of course. The tee stakes off to the side can be disconcerting at first but they are a great idea to spread out wear and tear on tees. There are few amenities out on the course to spoil the unique visual beauty of this course. Here it is golf only and you are in for a true golf tussle.

The greensmix at Tarandowah is a coarsely grained sand that resists compaction. There is no need for an aerifyer to be lurking in the barn just waiting to be unleashed on the course to cause two to three weeks of anguish for golfers trying to roll rather than bounce a few putts. It is not that the greens aren't highly maintained. They are regularly verticut and topdressed by Dan Lavis and his staff and the consistently great conditions every time out is a comforting thought for golfers heading to Tarandowah.

From the back tees, some of the toughest holes in Southwestern Ontario are to be found here. #18 is no gift, #11 is a long scary brute but I still think that in tournament conditions the uphill, menacing #5 with a boundary tight on the right side, is more difficult. Out of Bounds boundaries are the most penal of features on a golf course but trying to play #5 from the wild areas on the left is rarely a successful strategy. Not only do the long holes cause problems but quirky short fours like #13 can chew you up and spit you out in a heartbeat. Trouble lurks everywhere on this course and even simple looking holes can get you for big numbers with a single misplayed shot. Doubles and triples hide behind every corner. Hitting indifferent shots to wide parts of the greens might be good for your GIR stats but is not a safe way to ensure par on these sloping greens.

Having noted the difficulty of the course it is also quite playable for the average golfer as long as he or she starts with the critical first step of the selection of the proper set of tees for their abilities. Too big of an ego influencing that decision will have a detrimental effect on the enjoyment of the day. Also on most of the holes there is an avenue to run the ball up on to the green. On some holes this is the best approach for all golfers. There are also plenty of options on how to play shots from around the greens to the putting surfaces themselves. In many cases a putter or a straight faced iron gives the best chance of success. 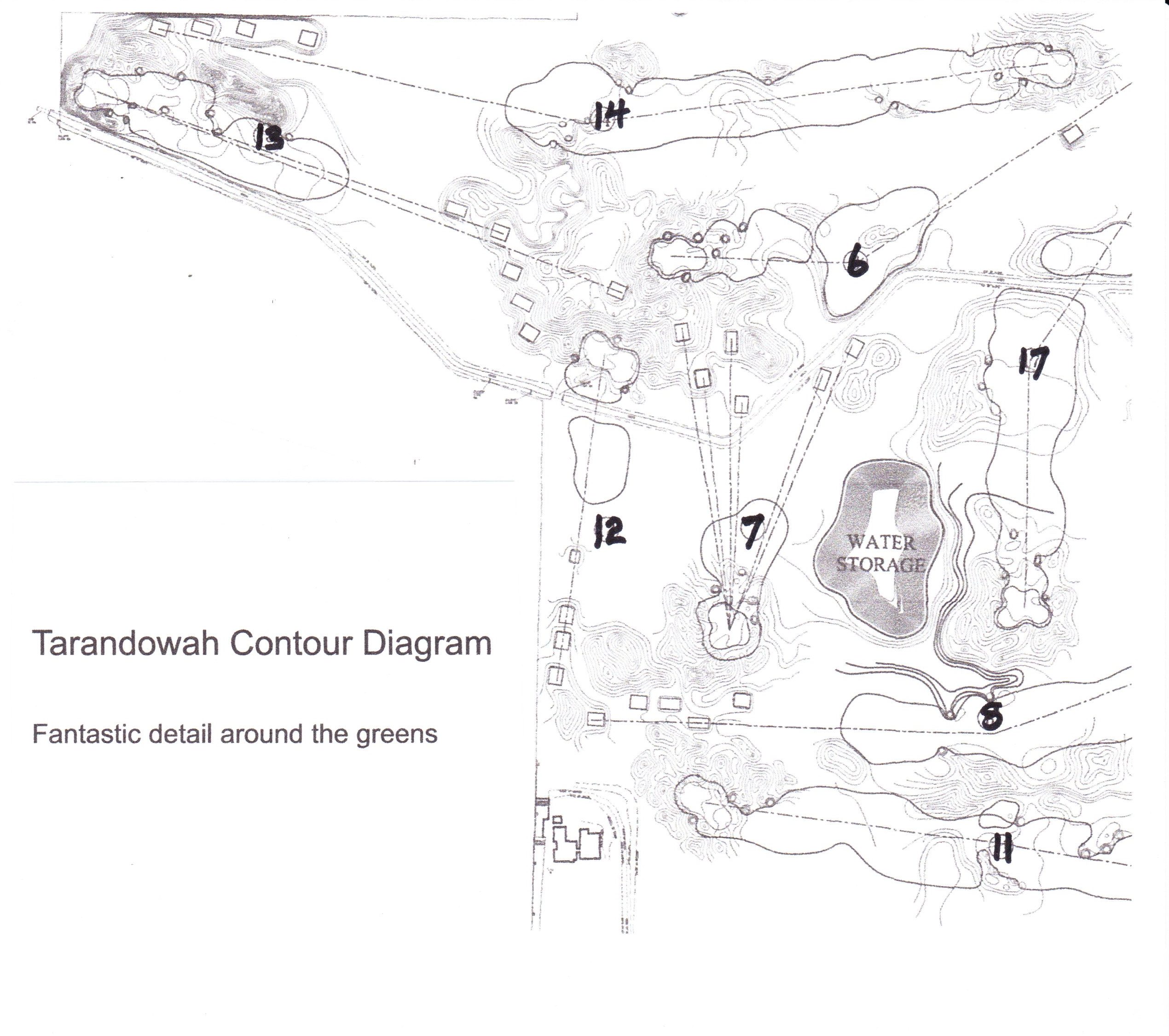 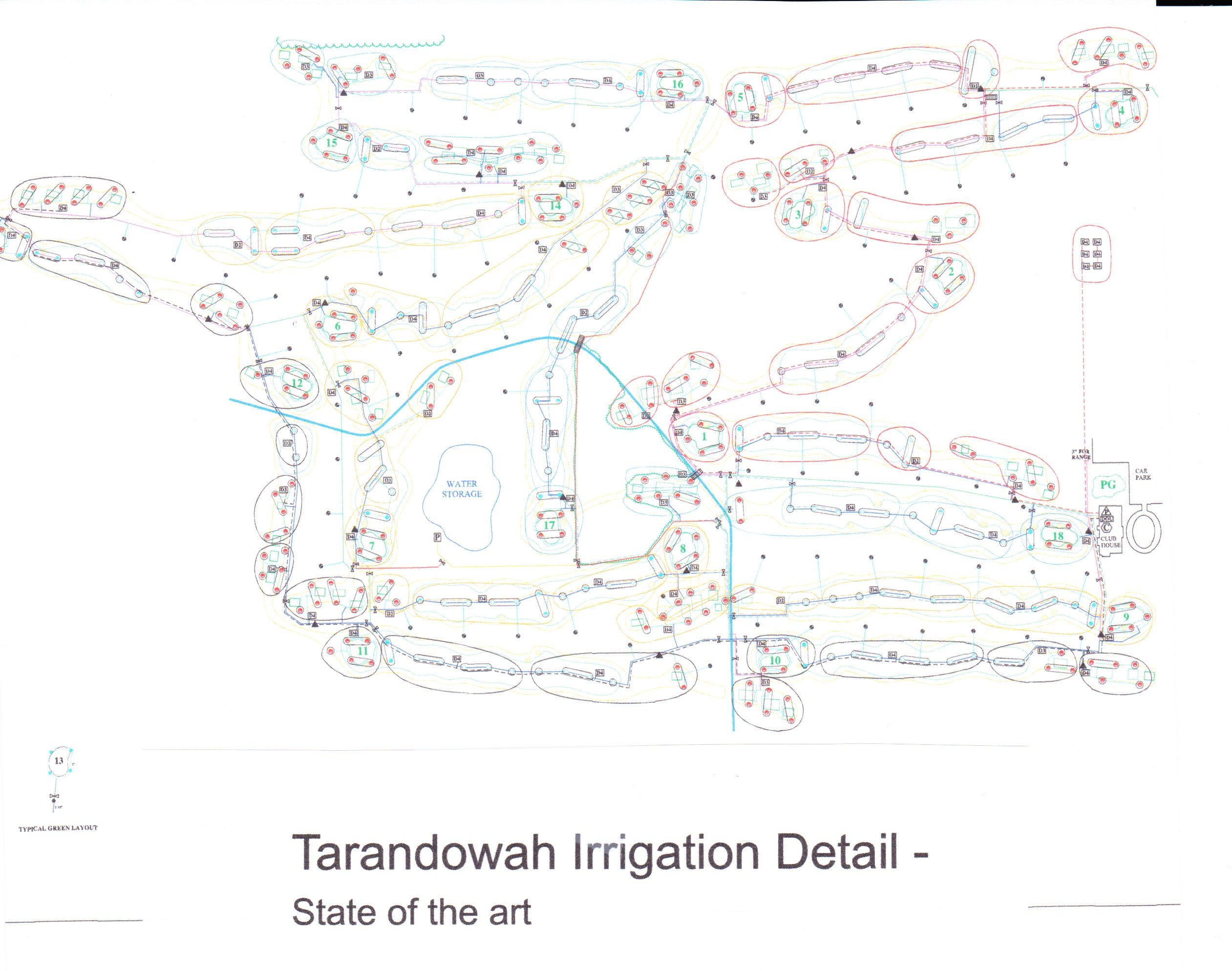 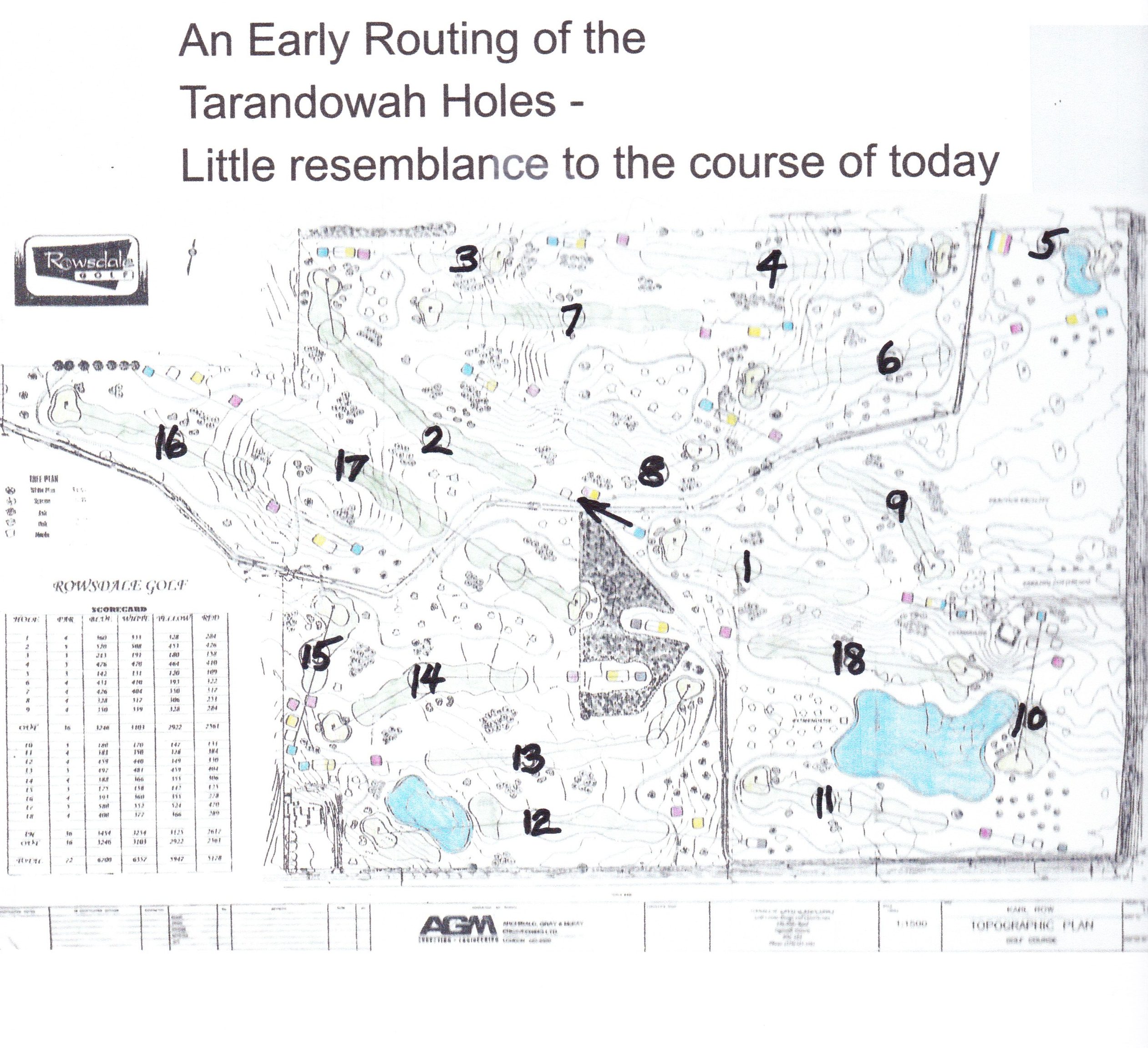 The 19th hole at Tarandowah

So what is the "Tarandowah Model" . Well, first off, it is not at all like the standard operating mantra for the majority of London and area golf operations. First of all it requires a unique product. If Tarandowah was just another unremarkable golf course, then it would undoubtably fail given its remote location. There has to be a reason why a certain segment of the golf market will take the extra time and spend the extra on gas to travel to this course. It also requires some innovative operating guidelines that say basically "we are always open" rather than "we are closed for the season and we will see you in the spring". It requires skilled and dedicated staff both in the pro shop and out on the course to make decisions and show up for work at a moments notice. The philosophy has to be "golf first" so that the customers can be sure that improvements to the golf course will always take precedence over renovations to the clubhouse. This model will never have to resort to the wedding market as a means of staying afloat as have so many other local golf operations. Golf courses and wedding receptions have always been uneasy bedfellows in my estimation to begin with. Tarandowah is still waiting for its first wedding reception and there might be a number of years that pass before it ever happens. The conscious lack of golf amenities and fringe accessories is also an important part of the Tarandowah Model. It would not be surprising to see some other golf operations adopt a version of this model which has proven successful so far.

The future of Tarandowah will be interesting to track. The owners seem to be committed to be in the golf business for the long run. Already they have purchased a sister course, a going concern operation at Mount Elgin, and that course should provide a good fit and more opportunities for variety from Tarandowah members. When it comes down to it I think the long run viability of Tarandowah as a business will always rely on its uniqueness of design, construction and operation to attract a wide spectrum clientele of golfers who are there for only one reason.......the golf.