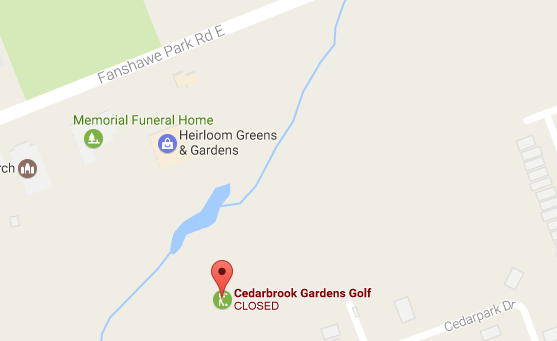 Unfortunately at this point Cedarbrook Golf Gardens is not operational for London’s golfers. Perhaps someday that will change…….the infrastructure is still there.

Hole #1 -Par 3 – 95 Yards. Tough to hit your opening tee shot over a pond from a green teeing brush attached to a wooden tee box.

Almost incredibly this course was designed by well regarded golf course architect Clinton “Robbie” Robinson. He was a friend of the first owner, Russ Wilson. One day around 1980 the dapperly dressed Robinson dropped by the course and introduced himself to the new owners. He said he had designed the course back in the day and just wanted to see it again. The course, although short, was no pushover and to shoot anywhere close to the par of 27 was no small achievement.

Some of the largest mosquitoes ever seen on planet earth were rumored to inhabit the cedar swamp near the 7th tee. You literally had to run back there to tee off and then run again to escape.

I played my first game of golf in my life at Cedarbrook Golf Gardens. I was 7 years old and our family lived in the north part of London. Actually at that time the northern boundary of London stopped at Huron Street. I had watched golf on television and had batted a ball around our backyard but the round at Cedarbrook was my first try at the real thing. Golf for some reason, probably Arnold Palmer, was televised a lot in those years with “All-Star Golf’, “Big Three Golf” and “Shell’s Wonderful World of Golf” being on at various times. I can still remember my first putt. The first green at Cedarbrook had a fairly steep slope and I knew from watching golf on television that I would have to aim my three footer to the high side of the hole. Alas although I aimed high to the left the putt broke a lot to the right and finished well below the hole. Typical of my putts nowadays.

Cedarbrook was expertly designed by Clinton “Robbie” Robinson, the same architect who designed Craigowan, the new holes at St. Thomas Golf and Country Club and the Robinson Course at Sunningdale. Robinson was a personal friend of Russ Wilson who started the business. The course was very compact having nine holes squeezed into about ten acres. Because it was a “pitch and putt’ it was a busy day if there were more than nine groups out on the course at one time. I played my first tournament at Cedarbrook as the regulars had an active Men’s night on Tuesdays. I asked if I could play and they said “yes”. I saw a “hole-in-one” on number one by Wes Harris. The greens at Cedarbrook had plenty of slope, especially numbers one, five and six. There were a few bunkers strewn about and the one on the downhill sixth was difficult to avoid. The course had a cute underground irrigation system that used a small pump and the spring fed pond as a water source. It had a walk behind greens mower and a three gang, ground driven set of fairway mowers.

My cousin Mike Granger and his wife Janice operated the course for a short time as a family operation in the early 1980’s and my father Jack Cowie Sr. served as greenskeeper in 1979 and 1980. The course overgrew in the 1980’s and was reclaimed by Ron Nauta. You could play the course and his idea was to display ornamentals and shrubs on the course. At present the course is overgrown again although one of the current owners, Bryan Hunter is a well known golfer and greenskeeper. Safe to say that it is on his mind to reclaim it again. 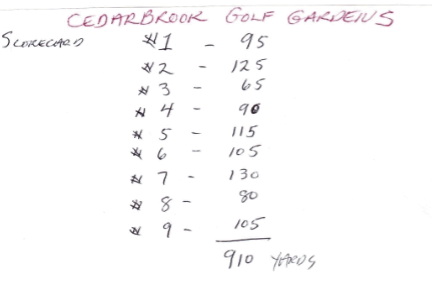 I am quite confident that we will be able to obtain a scorecard for Cedarbrook Golf Gardens but until we do, these are the yardages of every hole on the original card. 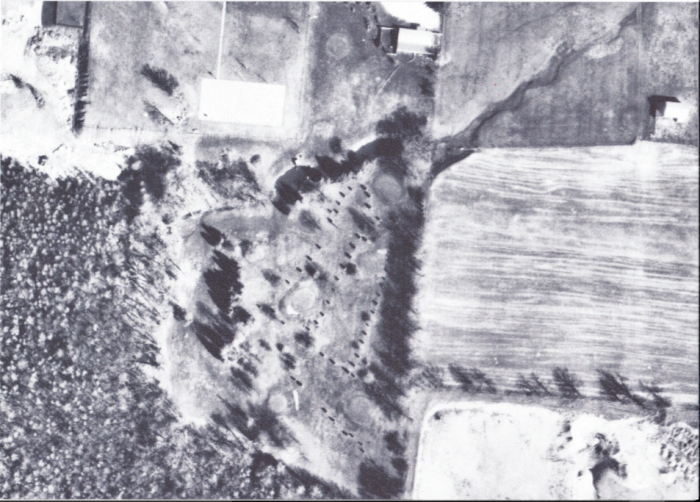 Here is an aerial photo of Cedarbrook in its heydey, 1967. #9 was originally just a 25 yard pitch over the pond but by this time the longer #9 had been built with the green much closer to the clubhouse. 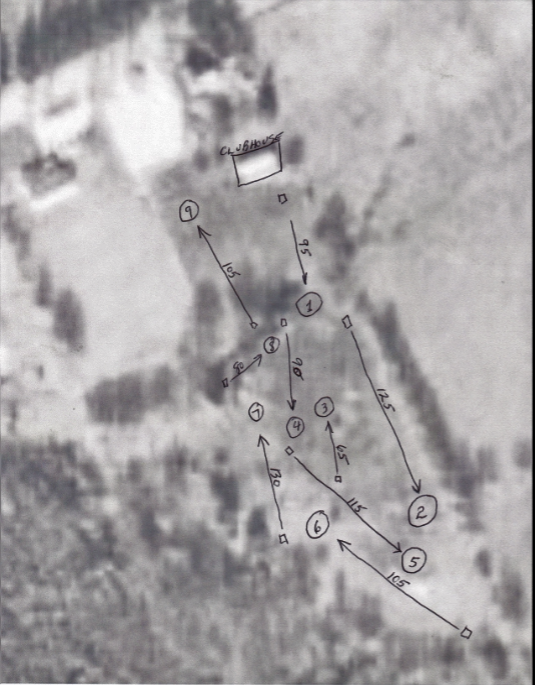 Here is the rotation of holes superimposed on the 1967 aerial photo. 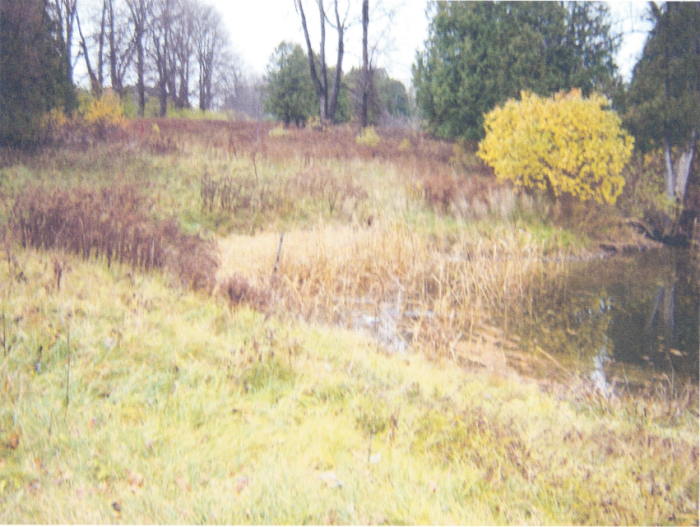 #1 green was located just over a pond. A large willow tree overhung the left side of the green. A 3 was a great start. 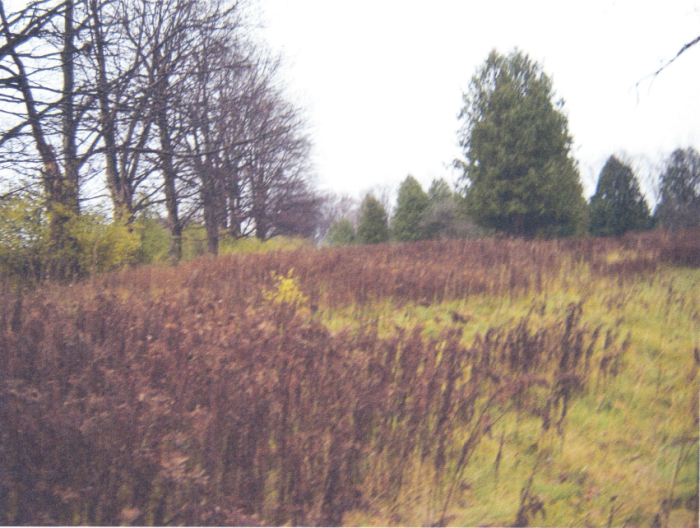 This is the difficult, 125 yard par 3 second hole. Out of bounds tight to the left, cedars to the right and a bunker behind the green. 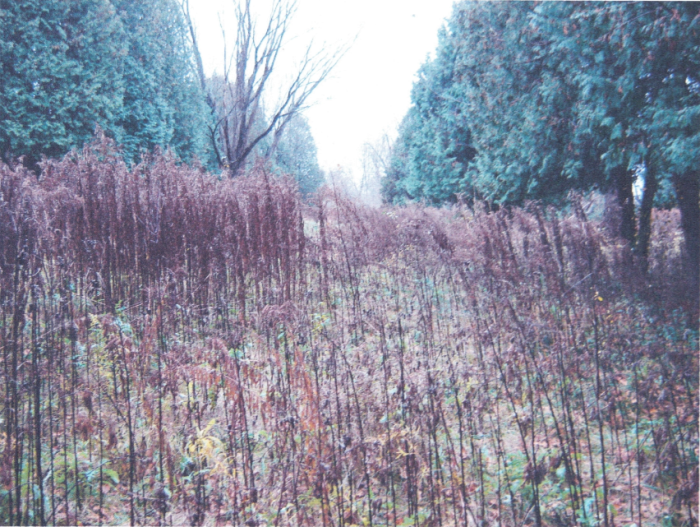 This was #4. That large dead tree was a problem when it was alive. 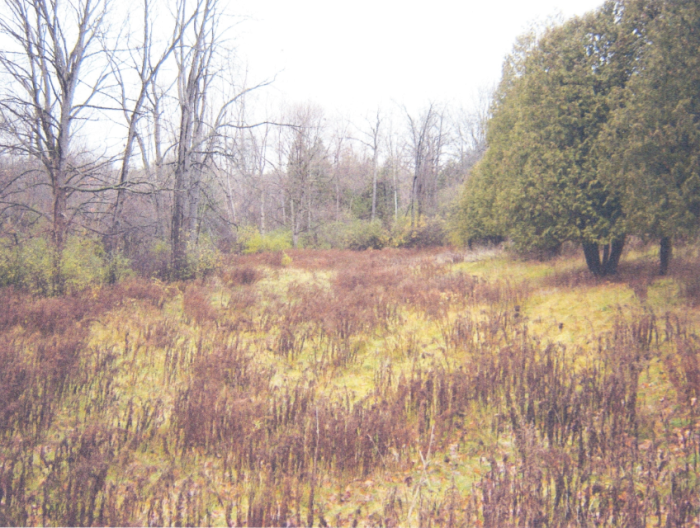 This is the view from the tee of the downhill, sidehill 6th hole. A trap on the right made it impossible to bounce one in with the help of the slope. 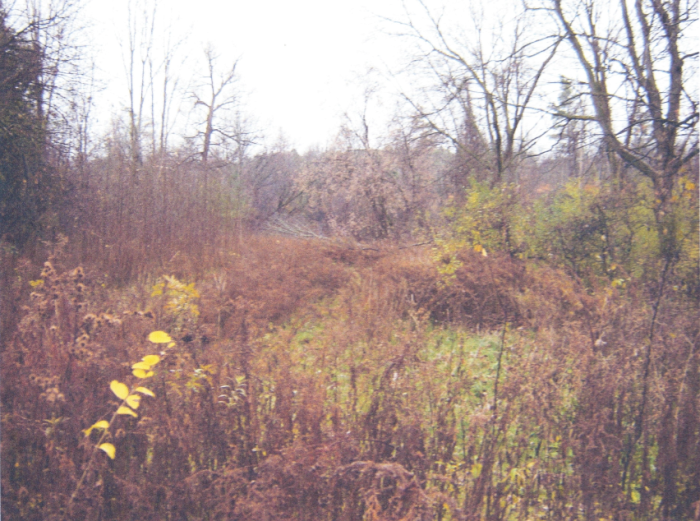 This is the view from the elevated green on the longest hole at Cedarbrook, the 7th, at 130 yards. The view is from the green back toward the tee. Later owners shortened the hole to about 100 yards so that golfers didn’t have to walk back as far into the swampy area where  huge mosquitoes awaited you.

The first actual golf course that I ever played was Cedarbrook Golf Gardens situated on Fanshawe Park Road, just east of Highbury Avenue and I am sure that for many other golfers, the story would be the same. “Pitch-and-Putt golf courses were fairly popular in both Canada and the United States in the late 1950’s and early 1960’s. Some of the things that I remember about this course in its early years were that you could “rent” multi-colored golf balls [red were the cheapest at 3 for 25 cents, light brown were a bit more expensive and blue were the premium balls] but if you could return them to the pro shop after the round, you would get your money back. My sister, Carol, somewhat famously got a hole in one on the shortest hole on the course, the 65 yard 3rd with one of those bright red golf balls. She reminded me incessantly of this event.  A green fee included a rental of your choice of a 7, 8, or 9 iron and a putter. Both left and right handed irons were available but all putters were two-way. The clubhouse had a clock that advertised the signature dish at Cedarbrook…. Heavenly Fried Chicken. The tees were raised wooden boxes with a green “brush” to tee up your ball. The brushes eventually got worn out.

The fact that the celebrated golf course architect Clinton “Robbie” Robinson designed this course almost by accident is a cool footnote to the course’s history. When Cedarbrook was in its heyday it was a thriving business with all of the infrastructure necessary for a quality golf operation. It had a fairly large and well designed clubhouse, an underground irrigation system, a good layout, all of the necessary equipment to maintain the course and it was built at the time when Arnold Palmer and televised golf made the game very popular. This course is just sitting there now, slowly overgrowing and every passing year will make it more difficult to reclaim. Perhaps there is still a chapter or two to write about this course in the future.