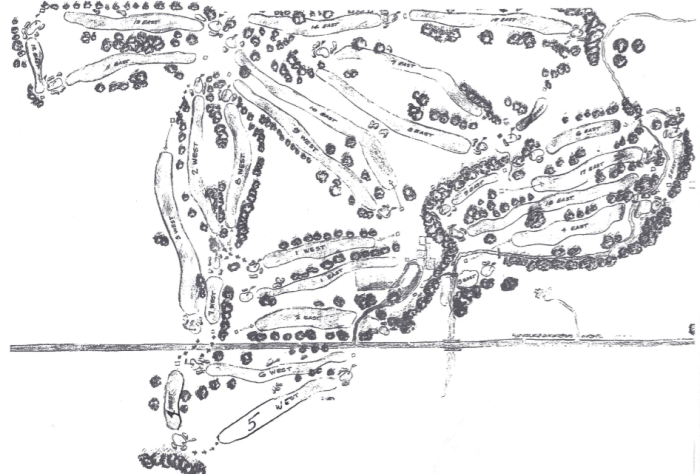 Private; owned by the Thompson family since 1934

#13 – was the first of three consecutive par 4’s along the back fence; OB left and a beautiful stand of mature beech trees on the right

27 hole golf operations are a notoriously efficient way to operate a golf course. They have so many operational advantages for hosting tournaments, accommodating maintenance activities like airifying and spraying and economies of scale for turf equipment, while still allowing the members to play with a minimum of disruption.

I have lots of personal memories of this era at Sunningdale. In 1962 the Canadian Men’s Amateur Championship was contested at Sunningdale and the event received plenty of local news and television coverage. The news cameras were set up on the hill behind #9 green which gave a majestic look to the course on all the televised segments. I was only 9 years old but I had become intensely interested in golf and the memories are vivid.

In 1963 the third nine, the "West Nine" opened for play for the members. It was not as mature as the other two nines which had been around since the 1930's. Accordingly it was not as popular. Al Penford remembers caddying at Sunningdale in the early 1960's. Sunningdale had a strong caddy program in those days and the caddies were encouraged to play on certain days and at certain times. Interestingly the caddies were allowed to go out and play the new nine before it actually opened to the members.

In 1966 Sunningdale hosted the first ever L.P.G.A. event ever staged outside the United States, the Supertest Ladies Open. My neighbours across the street were the Gingerich’s and they were billeting a teenage amateur from Quebec named Jocelyn Bourassa. I met her on the front step of our neighbours house and I watched her play some holes in the tournament the following day. Her great career speaks for itself. My best memories of the inaugural “Supertest Ladies Open” however were from following the last group for the entire final round. Crowd favorite Mickey Wright played with Kathy Whitworth [one of the all time greats] and Sandra Haynie who was a fine player in her own right. On the fourth hole, a short but treacherous par 5, Mickey hit a good drive and tried to go for the green in two after Kathy and Sandra had laid up. She didn’t quite catch her three wood flush and the ball ended up in the Medway Creek. She dropped behind the creek and hit a decent pitch but missed the putt, fell behind and was never able to recover the lead. Kathy Whitworth won the inaugural Supertest Ladies Open and she was a very deserving champion. I also followed Marlene Stuart Streit and 1967 champion Carol Mann for a few holes. Great event for Sunningdale. Class all the way.

My neighbour, Jim Caughlin, was a caddy at Sunningdale during the 1960’s. The caddy program there was second to none and many golfers got their start there. He always remembers caddying for Roy James when he potted a famous double eagle on #8. The ball slithered around the front bunker and into the hole for a two on the par 5 hole. 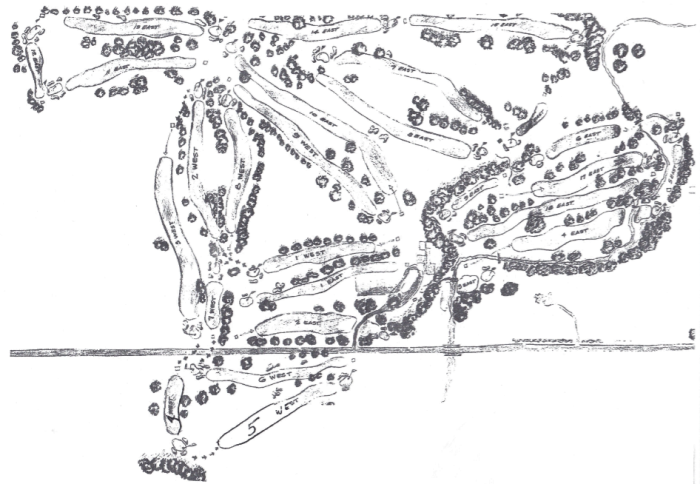 In this 27 hole layout from the 1960’s the “Front” and “Back” nines are basically exactly the same as the 18 hole Thompson course today. The “West Nine” consisted of Robinson #1, Robinson #2, Robinson #15, then a three hole loop on the south side of Sunningdale Road that is similar, but not exactly like the holes there now. 16, 17 and 18 Robinson make up the last 3 holes of the West Nine. 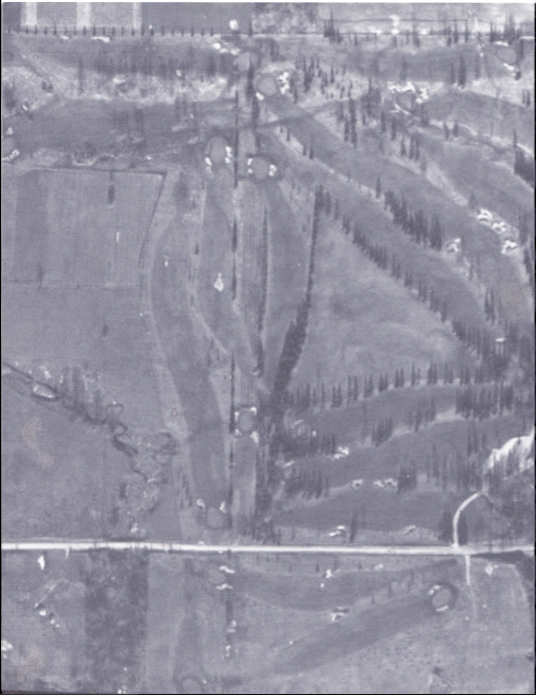 1967 aerial of the West Nine at Sunningdale. Six holes on the north side of the road and three to the south.

In the mid-1960's the ownership of Sunningdale approached Jim Windsor, the club's PGA of Canada Golf Professional, about the possibility of hosting a PGA Tour event. Jim responded that he didn't think that the club was ready for a PGA Tour event but that he thought Sunningdale would be a great fit for an LPGA Tour event. At this point every single LPGA tournament had been played in the United States so it was a big deal for the ladies to head north of the border. To the surprise of no one, the prime sponsor became Supertest Petroleum, the business of the owner of Sunningdale. The 54 hole tournament was played at the very end of July, 1966. The winner, Kathy Whitworth, still owns to this day the record for the most professional golf tournament victories. Her 88 wins gives her a comfortable lead over her closest pursuers like Sam Snead, Mickey Wright, Jack, Tiger, Annika, Hogan and Arnie.

In 1966 the biggest golf event by far ever staged in London to that time was held at Sunningdale, then a 27 hole layout. The club had floated out the idea to be a venue for a PGA tour event but the advice from PGA of Canada golf professional Jim Windsor was that the undertaking would be too huge financially and logistically to be a good fit for the club at that time. Jim did say that it would be possible to host an LPGA event and that point of view led to the 1966 Supertest Ladies Open, the first ever LPGA event staged outside of the United States.  Given the global nature of women’s golf nowadays, that fact is a feather in the cap for the host club, Sunningdale. The tournament was held again in 1967.

I attended the inaugural tournament in 1966 and have vivid memories of the final round which was held on July 30th. The crowd favorite was undeniably Mickey Wright who was paired with Kathy Whitworth in the final group but Kathy won the tournament and many, many more on the LPGA tour after that. In fact she won more professional tournaments [88] than anyone else, easily outdistancing her closest pursuers Sam Snead [82], Mickey Wright [82], Tiger [79], Jack [73], Annika [72], Hogan [64] and Arnie [62]. Kathy Whitworth certainly earned the respect of the large gallery following her that day. It was a classic case of the best women’s players of the day putting on a show at Sunningdale.

The 1966 tournament was contested over the “Front” and “Back” nines at Sunningdale and the newer “West” Nine was the odd man out. Just four years after the last Supertest Ladies Open was held, Sunningdale turned the West Nine into a complete 18 using the expertise of Robbie Robinson to design it. The front and back nine as they exist today on the Thompson course are almost exactly the same course that was used in the 1966 for the groundbreaking Supertest Ladies Open.